On 16 June 2022, the Czech Dutch Chamber of Commerce (CDCC) with the support of the Embassy of the Czech Republic in the Netherlands hosted a reception on the occasion of its 8th anniversary.

The reception was opened by H.E. Kateřina Sequensová, Ambassador of the Czech Republic in The Hague followed by Kateřina Velíšková, Executive Director of the CDCC, thanking the members of the CDCC for their favour. In the past two years, the Chamber had to drastically reduce its activities due to pandemic-related measures. This reception hopefully marks a new start and will be the first in a row of many networking events that the CDCC plans to hold for its members and business community.

The main part of the official programme at the reception was dedicated to the forthcoming Czech Presidency of the Council of the European Union starting on 1 July 2022 and lasting until the end of 2022. Velíšková interviewed the Czech Ambassador to find out about the objectives, main priorities of the country, as well as planned activities in the Netherlands in the coming six months.

“The Czech Republic is taking over the Presidency in very windy times for Europe and many serious topics on the agenda. We trust the country and its representatives will entirely fulfil the mission,” commented Kateřina Velíšková. 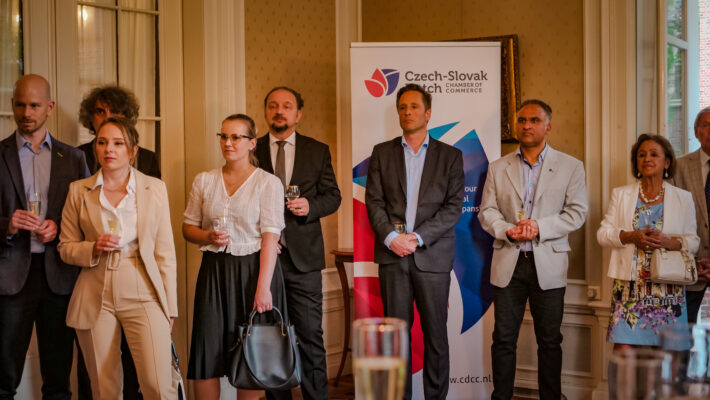 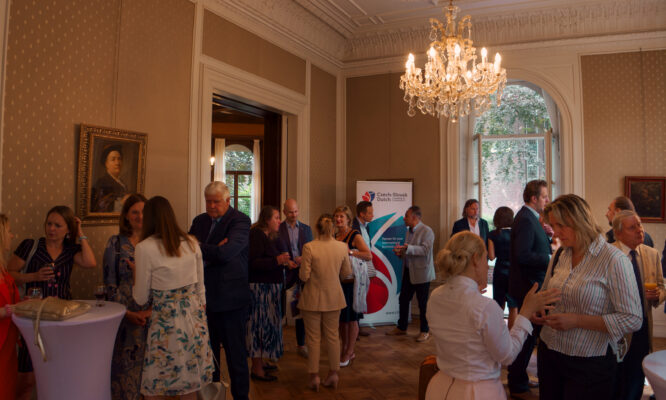